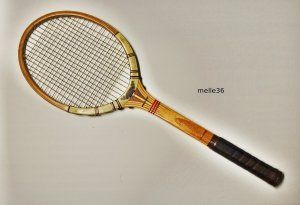 When I entered City College of New York for my undergraduate education, I decided to try out for the tennis team. Although my first love was basketball, playing on my championship-winning, high school varsity team for two years, I wasn’t good (or tall) enough to play hoops at a college level. But as I was a tennis teacher in summer camp, I figured I might be able to play college varsity tennis. So, I went to the tryout.

After a few matches against other candidates, I made the team. Then came the hard part: informing the coach that I could not play on Saturdays, as I was a sabbath observer. That meant I would miss about a third of the matches. The coach was a stout fellow from Alabama – throughout his life perhaps not having been in much contact with Jews. He looked me in the face, thought about it for a few seconds, and then asked: “Can’t you get special dispensation from your Rabbi?”

OK, you can stop chuckling now. It is funny (if you know Judaism), but there’s a serious issue behind a question like that. Religion demands adherence to strict “commandments”. Some like Christianity have a relatively low number of “do’s” and a bit more don’ts; Judaism has a huge number of them: 613 main ones and uncountable lemmas, additional “fences”, and assorted customs that have eventually morphed into “edicts”. Either way, if the underlying assumption is that these are God-given (or at least God-inspired), there isn’t too much wiggle room for the religious observant.

Or perhaps there is? I am no expert on Christianity (or Islam), but papal dispensations for all sorts of future (or past) transgressions are well known. Judaism, however, has only one central “dispensation”: protecting human life. If there is any sort of mortal danger to a person then (almost all) commandments not only can, but SHOULD, be abrogated in order to ensure the person’s continued life. This need not be a clear case of life and death; even preventing a relatively minor illness – that theoretically could lead to death – is enough to allow transgression. There are three exceptions: idol worship, murder, and incest, e.g., if someone says “kill her or I will kill you” the Jew cannot pull a trigger on the woman.

However, this “thou must LIVE by them” dispensation means that there are not any other circumstances that enable transgression. Which leads to the next question: what’s the utility of being a stickler in performing religious commandments?

First, any “legal” system needs performance consistency. It wouldn’t work if any pedestrian could decide that it’s OK to cross the street at the red light because that’s their favorite color. All religions constitute a sort of “legal system”, notwithstanding the origin (after all, we obey secular laws even if not mandated “by God”). Second, as humans we are creatures of habit – comfortable in repeating activity that we enjoy or find meaning in doing. Third, and somewhat related, all religions are social – designed to strengthen communal solidarity, something critical for mental health and it turns out quite important for physical health too! Religious people on average live 3 to 6 years LONGER than those who are non-religious!! (See: https://www.medicalnewstoday.com/articles/322175) The main reason for that in the modern world seems to be social solidarity: loneliness is the number ONE killer of senior citizens!

For Jews in the past, there were other more prosaic reasons. For instance, the edict that one has to wash hands (and make a blessing) before eating was obviously a major hygiene boost in an era when people had no idea about germs and the like. Circumcision seems to reduce the incidence of sexually transmitted disease. And so on.

Of course, we never know what aspects of religious practice are beneficial and which not – and that’s precisely why sticking to tried and true beliefs and accompanying rituals is worthwhile. Just ask my fellow, college tennis teammates.

During my senior year, my tennis team was scheduled to play Temple University (Philadelphia) – that’s not the Jewish “Temple”, or even a religiously-oriented college, although it did start out Baptist. The problem? The match was to be played on the interim Passover days (Chol Ha’moed), so that with the long, round-trip bus ride and several hours of the match, I had to bring my own food along. So I’m on the bus with my teammates on the way to Philadelphia when I get hungry and take out a matzoh sandwich I made for myself. The first bite – “CRUNCH!” – and everyone turns around. “What’s that?” asks one of my teammates. I try to explain, but they look at my gigantic “cracker” and start laughing, with some good-natured mocking of my culinary habit.

We were thoroughly beaten in the match: 7-2. The only two wins: my singles and also my doubles matches. On the bus ride back, all I could hear was my teammates imploring me: “Can I have one of those? There’s got to be some secret ingredient in those crackers!”

If you stick to your religious guns, it all works out in the end. No need for dispensations…