Prof. Sam Lehman-Wilzig has taught and continues to research and publish in the fields of technology & society; new media; Israeli & general communications; Israeli politics; and Judaic studies. From 1991 through 2016 he headed several academic teaching programs in Bar-Ilan University, among them: Head of the Division for Journalism and Communications Studies (1991-1996); Vice Chair, Department of Political Studies, in charge of Public Communications (2002-2004), and then Department Chair (2004-07); Vice Chair, School of Communication (2011-2014), and Chairman (2014-2016). He was also Chairman of the Israel Political Science Association, 1997-1999.

Prof. Lehman-Wilzig has lectured in dozens of academic conferences, presented hundreds of public talks, and appeared in numerous TV and radio interviews in Israel and overseas. He has supervised 61 M.A. theses and 20 PhD dissertations, as well as creating several novel courses and a professional workshop for PhD students. On this site you can find his personal and academic profiles, full list of academic and general publications (3 books, 40 academic journal articles, and 22 academic book chapters), as well as conference presentations, courses taught, significant public service, honors & awards, significant book reviews, and other personal details.

In February 2022, his latest book  VIRTUALITY AND HUMANITY: Virtual Practice and Its Evolution from Pre-History to the 21st Century will be published by Springer Nature. 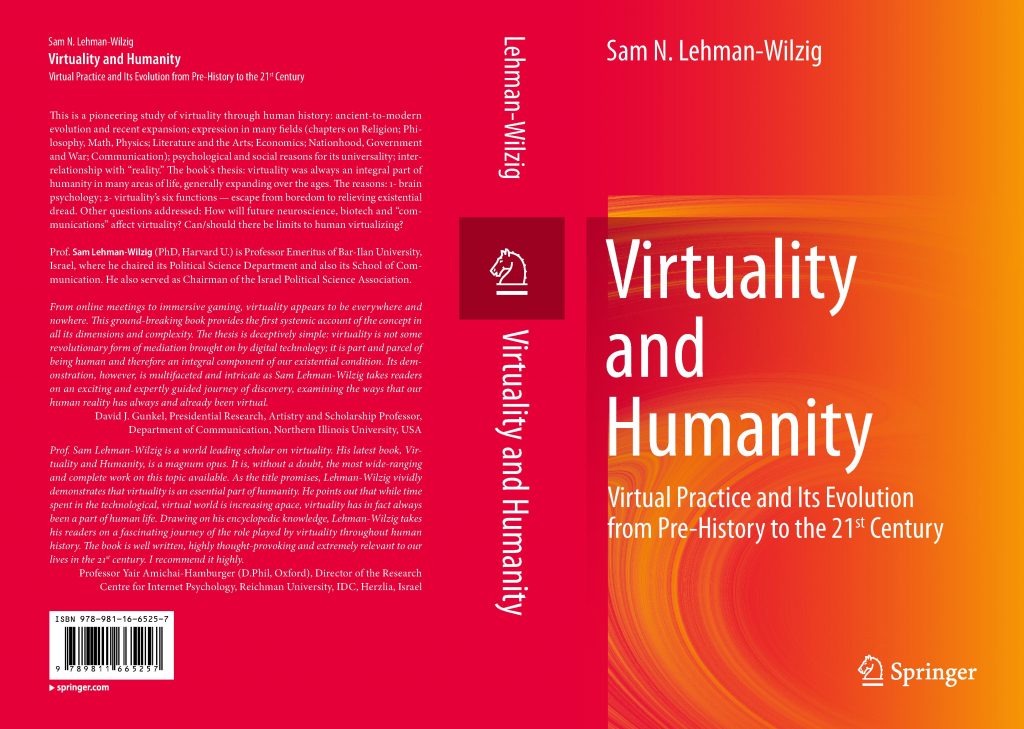 To read the back cover blurb commendations, double click on this image.

This site is English-based with some texts appearing in the Hebrew original in PDF form (prior blogs, several articles, and two Hebrew profiles).